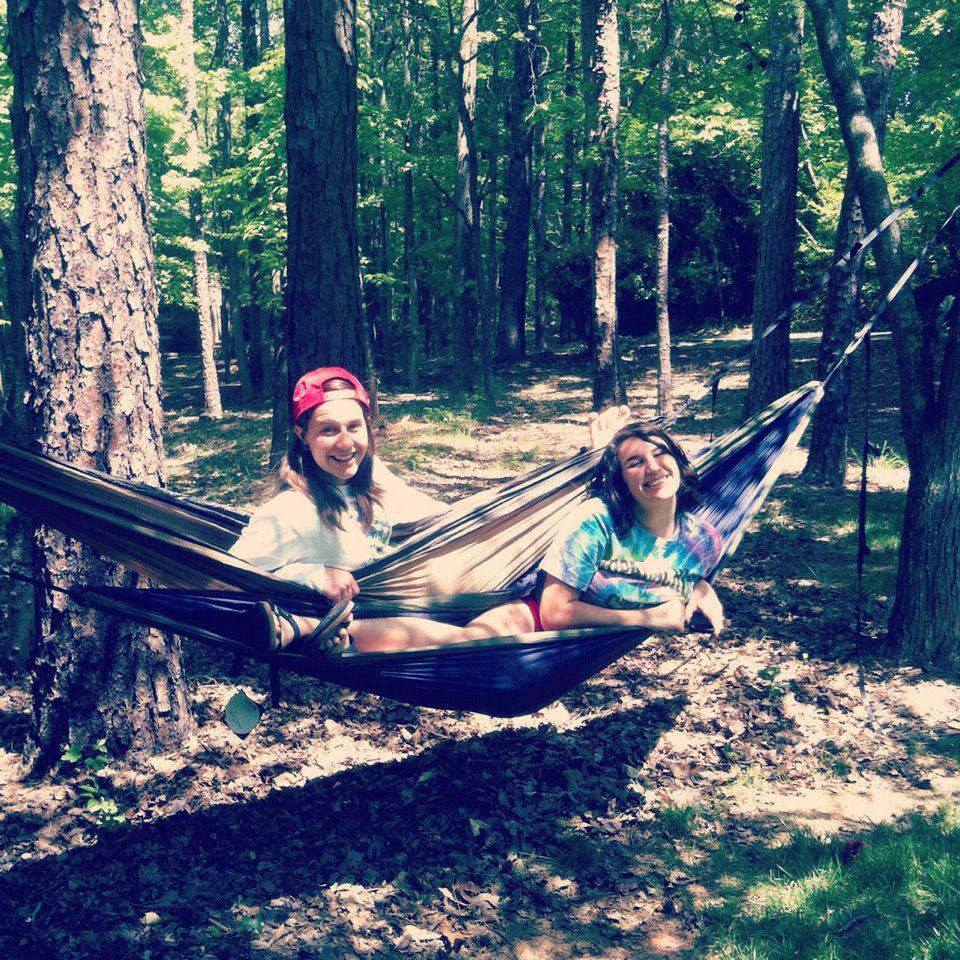 Madi and Mariah Posting Up in the Front Yard

Book in face. Scrunched in hammock. Who would have guessed that this girl, hanging in the front yard, couldn’t read until she was seven. Now more times than not, her eyes are glued to a book. Not just any book, but words that take her places and cause her mind to ponder.

Often, she has come in, just returning from her trip to another era saying, “Mom, I wish I was born in a different time; a different place.” The words she has read plant thoughts of a time when life seemed grander.

As a mom, it is easy for me to slip into similar thoughts, too. To look around, observe the not-so-positive changes in our culture and wish for the world of “Leave It to Beaver”. To lament over how “easy” it was to raise kids, take care of your family, share your faith back then.

These thoughts have discouraged me, to the point where I have thought, “Why keep trying? It’s hopeless.”

Yet, today as I read of Esther in my Bible, I am reminded: God chose me, to live in this place at this time “for such a time as this.”

It sure would have been easy for Esther to have the same thoughts as my daughter and I. In the book of the Bible named after her, Esther and the other girls in the kingdom were taken from their families and brought to the citadel of Susa for twelve months of “beauty treatments” before they were taken before the king so one would be chosen as queen. I can only imagine how Esther might have lamented a bit during that year:

Why did this have to happen to me?

Why did I have to be taken from my family?

Our faithful God, though, never makes a mistake. He appointed Esther, to be there, in the citadel, to be the girl who would rescue her people from the destruction that was plotted against them. A girl in the right place at the right time, her boldness saved an entire nation from annihilation. “…for such a time as this…” Esther 4:14

Friend, like Esther, you can trust that God has placed you, where you are, when you are there because He has a purpose for you. For such a time as this, He has placed you in your family, in your job, in your neighborhood. Your calling is not all that different from Esther’s. He has rescued you, given you new life in Him and now He asks you to share this new life with those around you; to be a part of His rescue of others.  As we step out and make ourselves available to God, just as Esther did, who knows how He might use us to free those around us from lives filled with despair and without hope.

My daughter and I have started a new saying in our home, “Boldness is beautiful”. It is a reminder how Jesus has called us, like Esther, to be bold, take risks in His name and when we do, it’s a gorgeous thing!

How can you be bold today? How can you encourage another in your life, to be bold too?  In this time, in her culture, to be bold and allow Jesus to use that bold beauty as a rescue mission in her world “for such a time as this.”