It is Sunday afternoon. Like many of you, I’m sitting on my couch, waiting for the biggest game of the year to start. My heart is a bit anxious. I’m feeling a little nervous. 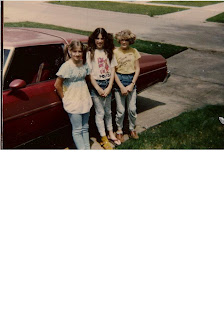 It was 1979. The twelve-year old kid heard that two girls, close to her age, had moved in across the street. She was SO excited; she had never had a friend who was a neighbor. Pulling out her orange-and-white stripped shirt with her name ironed on the front of it, she gathered together her courage and headed toward the brick ranch house. She rang the doorbell and waited. Would they like her? Would they want to be her friend?

“Hello, my name is Lynn.” The girl giggled in a friendly way! It looked like it was going to go well. That day was the beginning of a life long friendship with a set of wonderful sisters – Kim and Brenda Carney. In the years to come, we would become terrific friends.

That’s Brenda on the left, me in the middle and our friend Caren.
Through middle school and high school, the Carney sisters and I would go through all the fun and trials of teen years together. We became known as the “Jesus Freaks” of Cedar Falls High.

Graduation came and went. Brenda went into the Marines; the girl went to a Bible school. Their friendship would continue across the miles – across the ocean. Years later, Brenda would ask the girl to be in her wedding. The girl had never the man, but Bren reassured her that she would like him. The day before the wedding, I spent the day the day running errands with the man. Bren was right; she liked the man. 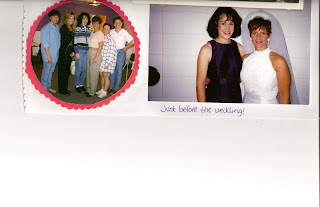 So, now you know why my heart is pounding! I’m praying for Kurt to have the game of his life. Greg and I had the opportunity to be rooting for him in person at his last two Super Bowl visits (sat praying for him with his pastor!) 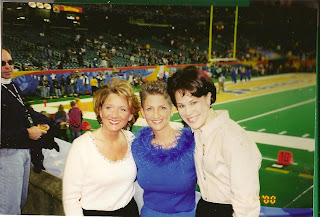 Here’s Kim, Bren and I at the Super Bowl in 2000 in Atlanta (the fun one when the Rams won and Kurt was named MVP!) Hopefully, you’ve had a chance to hear Bren and Kurt’s wonderful testimony. These two are the real deal – they truly love Jesus and people.