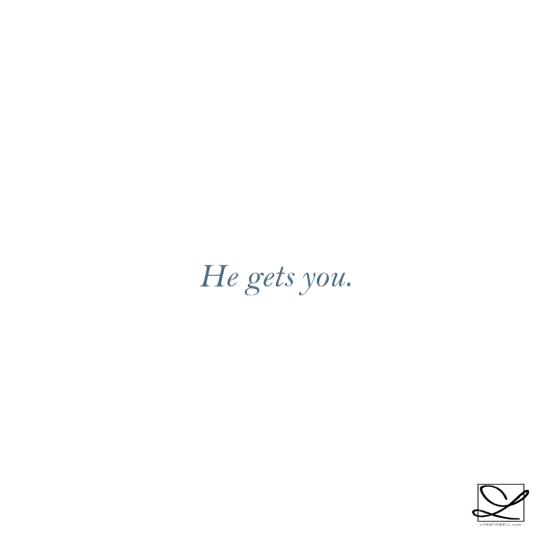 This is a word I don’t often associate with my life. Now that I’ve hit my 50’s, I’ve come to think of temptation as something from a younger time. Yet, what was that thing I was struggling with as I gardened last weekend? That wresting to keep my thoughts from sliding the slippery slope toward fear, discouragement, hopelessness.

Maybe I need to relook at this word temptation.

According to dictionary.com, temptation means:

the action to entice or allure to do something often regarded as unwise, wrong, or immoral

Now that is something I experience.

Do you experience an allurement to worry, to manipulate a plan you think might be going wrong, or allow your thoughts to head in a direction that will only end in discouragement, frustration or sadness? Yes, these temptations we have unwise and sometimes wrong.

Thanks be to our Jesus! He gets us!

He came as a human, He suffered and died, which we are celebrating during this season so that He could break the power of the devil over us! We do not have to fall into fear, worry, discouragement or sadness. He came to set us free from it all!

“Therefore, it was necessary for him to be made in every respect like us, his brothers and sisters, so that he could be our merciful and faithful High Priest before God. Then he could offer a sacrifice that would take away the sins of the people.” Hebrews 2:17 (NLT) Yes, in every respect, (emphasis mine), He was made like us so that He would take away every sin we struggle to overcome and sometimes fail in trying!

“Since he himself has gone through suffering and testing, he is able to help us when we are being tested.” Hebrews 2:18 (NLT) I love that the writer of Hebrews keeps reiterating, which is a strong indication they would know that we needed to hear it more than once to get it.

He has gone through it too!

Jesus suffered the suffering of a human, greater suffering than most of us will ever experience. He was tested beyond what most of us would be able to hold up under. Because of His perfect understanding and His perfect victory, He is able to help us.

If you ever feel like He doesn’t get you, friend, know that thought is from the enemy. He more than gets you … He understands you completely and is able to help you no matter what you are experiencing this day.