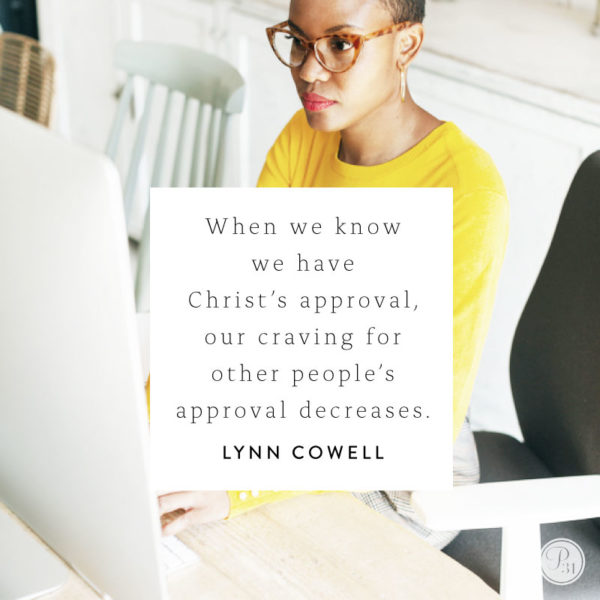 Climbing the stairs, it felt like I was going on an adventure to the past, but I was only heading to the attic.

It had been so many years since I’d cleaned my attic, and I was looking forward to going through all the boxes filled with memories. It didn’t take long to discover a box from my childhood, and there on the top was my little, gold diary.

Did you have a secret diary growing up? If so, I wonder if you’d find in yours what I found in mine: a girl struggling with what others thought of her.

Here are some of my swirling thoughts from sixth grade:

March 27: Today, nothing much happened. I don’t know how my friend got me in this mess with John, and I don’t know what to do. Lord, get me out!

What a struggle! Although that trouble was with a boy, there were other times my frustrated feelings had to do with friends and family, and confusion about what to do.

Do you know what the real issue was with many of my problems? I was fearful … of people.

I wasn’t sure of the girl I was, or the girl I wanted to be. I often found myself acting all sorts of ways so I could be the person I thought my friends and family wanted, instead of being the true me.

As I’ve grown, I’ve come to understand more of the truth in God’s Word. He has shown me I don’t have to spin like the Tilt O’ Whirl at an amusement park — trying to be everything to everybody. I don’t have to get on that emotional and exhausting ride. I’m becoming more and more brave every day to be the one He’s created me to be.

Ephesians 4:14 tells us: “Then we will no longer be immature like children. We won’t be tossed and blown about by every wind of new teaching. We will not be influenced when people try to trick us with lies so clever they sound like the truth.” Paul is teaching that we don’t have to believe all the things people say about God. We need to believe what God says about Himself in His Word. That is where truth can be found.

The same is true when we spin this way and that, believing things that aren’t true about ourselves, then trying to be someone we’re not. It makes us shaky inside — insecure. God can give us the strength, bravery and confidence we need to believe who He says we are. And as we become mature in our faith and self-worth, we can then help others, such as our children, as they grow into adulthood.

God can help them, too, so their lives don’t feel constantly pushed one way and then the other. He has the power to make us all brave.

God can give you the courage to be the true you.

Scriptures to mull over today and copy to your phone:

James 1:6, “But he must ask in faith, without doubting, because he who doubts is like a wave of the sea, blown and tossed by the wind.” (BSB)

Is there a girl in your life that you can see getting tossed to and fro? Beat up in the boxing ring of other people’s approval?

Brave Beauty, for girls ages 8-12 years old, is the perfect gift for her! Click here to order! 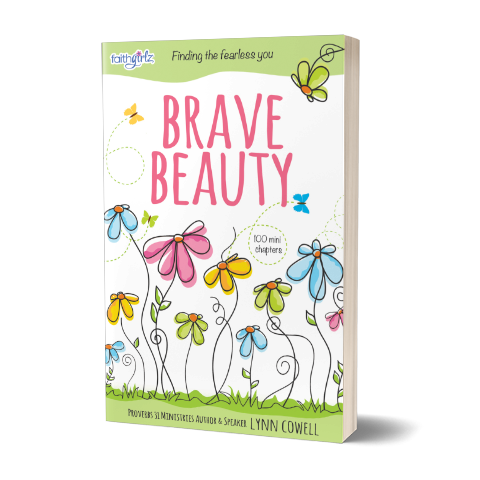 Let’s learn from each other:

What type of situations cause you to feel like you can’t be yourself?

Lynn
Previous Post: « My Words Give Me Away
Next Post: 3 Ways Mary Teaches Us to Overcome Disappointment »