For too long, I just didn’t get her. So I judged her…wrongly.

Her name is Michal. Let’s look at her story.

As king, David plans a huge celebration in Jerusalem with all the people worshiping God. Overcome with joy, “…David danced before the LORD with all his might. And David was wearing a linen ephod,” 2 Samuel 6:14 (ESV)

In his excitement, it appears David ditched his robe, freeing him up, and now is dancing in his undergarment!

Where is his wife Michal on this special day? Right next to him? Rejoicing with him?

2 Samuel 6:16 says, “But as the Ark of the LORD entered the City of David, Michal, the daughter of Saul, looked down from her window. When she saw King David leaping and dancing before the LORD, she was filled with contempt for him.” (NLT)

Michal is looking down on David, both literally and figuratively. She is not happy about David being so happy. She “despised” (NLT) him, regarded him with disgust and disdain. Despised doesn’t just happen. Beginning small, irritation, impatience, annoyance or anger when not dealt with travel to the heart.

When David returned home, Michal came out to meet him “…How the king of Israel honored himself today, uncovering himself today before the eyes of his servants’ female servants, as one of the vulgar fellows shamelessly uncovers himself!” 1 Samuel 6:20 (ESV)

Michal uses harsh, bitter words to convey the opposite of how she feels; sarcasm.

Remember what the Bible said Michal felt toward David? Lovey-dovey? Warm and fuzzy? Not at all. She could have said, “What are you doing? You … the king of all people! Dancing like a crazy man. What are other people going to think of you? Of me!”

In the past, I judged Michal for her reaction to her husband; to her king. Until I began seeing her story.

Despised could have been created in Michal’s heart when her dad King Saul played “let’s make a deal” with her life. Jealous of David, Saul used Michal as a pawn. Saul promised if David killed 100 Philistines, David could marry Michal. Saul wanted David killed and used his daughter’s heart to put David in harm’s way.

Maybe despised developed when David left Michal shortly after their wedding to go to war. Alone, she may have felt unprotected.

Maybe despised seeped in when King Saul, after David’s long absence, gave Michal in marriage to another man. When David returned, Michal was stripped from that love and forced back to David. More trauma to her heart. (1 Samuel 18:20-28, 1 Samuel 25:44, 1 Samuel 31, 2 Samuel 3:15)

What grows in our heart determines our words.

My judgment of Michal developed from not seeing her story. Maybe Michal didn’t know the words penned by her own husband, today’s key verse: “The LORD is a refuge for the oppressed, a stronghold in times of trouble.” Psalm 9:9 (NIV) Her words reveal she didn’t know God as her refuge and stronghold in trouble.

I believe Michal’s words reveal fear. Fear of being used again, taken advantage of and not cherished again. Fear of rejection … again. Fear of embarrassment … again. She hadn’t experienced unconditional love from people. Perfect love from God could have healed her broken heart, but Michal’s words reveal her lack of knowing Him as her refuge and stronghold, her lack of confidence in God’s ability to heal her.

My prayer is that as I encounter others who also speak disdain and disgust, I will not to judge, as I have with Michal. I am asking the Lord to change me so I ask: do they know the LORD as their refuge, their stronghold in trouble? I’m asking Him to make me His agent of change in their lives.

Yes, Lord, change them but first, change me.

Jesus, fill me with compassion. Empower me to reach out with unconditional love instead of judgement. Help me to see their story. In Jesus’ Name, Amen. 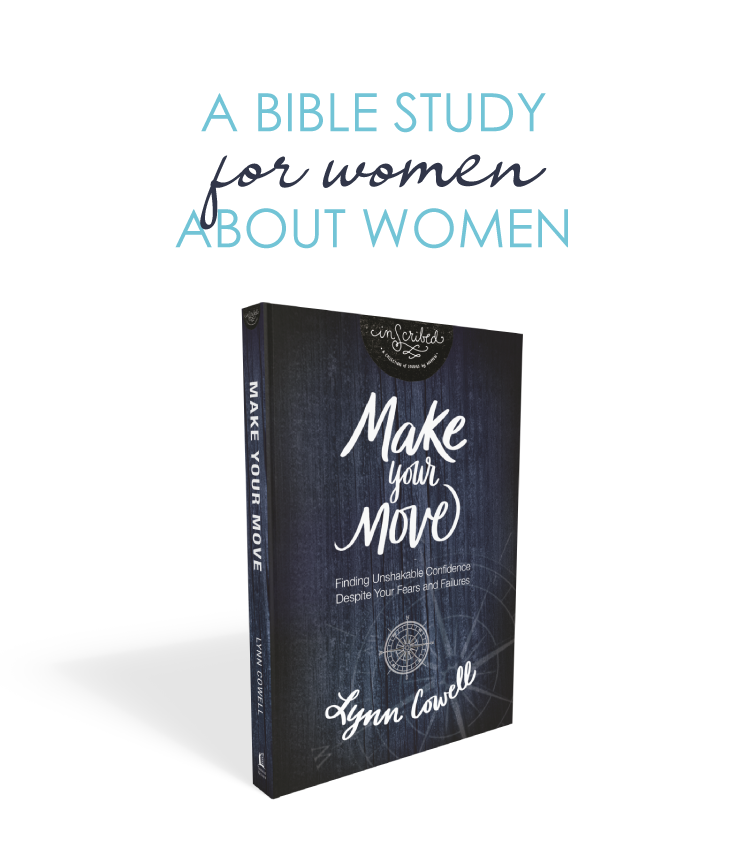 Is your community looking for a speaker to help your women move forward in faith and Christ-confidence? Click here to learn how to bring Lynn to your community. 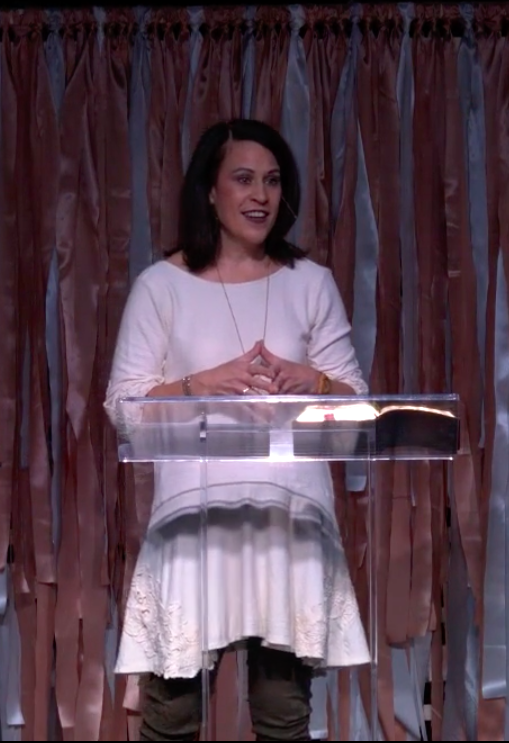 When our confidence is low, it is easy to put others down to lift ourselves up. How have you done this in your life?

Ask the Lord to forgive you for not extending mercy to those in need. Ask Him to show you one way to reach out in love today.