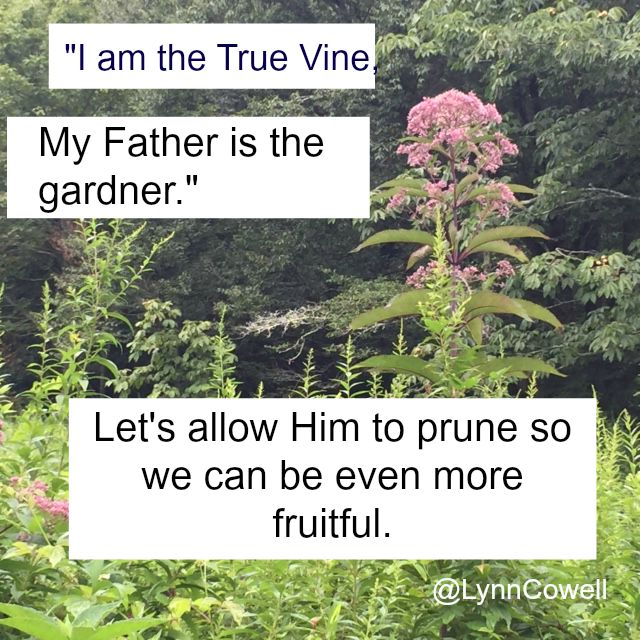 While growing up, I played a lot of softball. The one person it was really especially hard for me to take criticism from was my dad. Since he was my dad and not my coach, I didn’t want to hear what he had to say when he tried to give me advice. It was hard for me to hear or accept criticism from someone I really cared about; someone I cared what he thought of me. My mind would tell me “If I wasn’t bad, I wouldn’t need coaching.” When my dad tried to coach me, I really thought he was telling me I was a bad softball player instead of seeing he was trying to help me be the best catcher I could be.

A teacher I had once said, “You shouldn’t be concerned when people give you criticism. You should be concerned when people stop giving you criticism because that means they have given up on you.” I wish I would have thought of that quote in regards to my dad. He would often tell me if I would just be teachable, we could actually get something done. If I would have just trusted that my dad knew what he was talking about, I could have grown as a player. But I didn’t. I wasted his time as well as my own because of my insecurity.

When you’re insecure, you don’t want to ever be in the wrong. Inside your head, where no one can see, you don’t see that you are unteachable and you can’t see that the root of it is insecurity. You wouldn’t dream that other people see can that this comes from insecurity either.

I was in an unhealthy relationship for about two and a half years where I cared so much more for a guy then he cared for me. Because of the pain I felt from this rejection, that pain bled out into many other scenarios in my life. If him and I would get in a fight, I would end up being rude to my parents at home. If he was ignoring me and I felt embarrassed, I would tend to take it out on my friends. Allowing insecurity to spill over from one relationship into others is a sure fire way to run people straight out of your life

I know I can’t be the only one who has struggled with this. I see girls struggle with accepting themselves, feeling unloved, finding themselves beautiful or not feeling smart enough. Because of this, instead of helping and encouraging each other, we end up taking it out on each other. Now how unhealthy is that?

We often do the same thing with God. In James 4:2-3 it says, “You want something but don’t get it. You kill and covet, but you cannot have what you want. You quarrel and fight. You do not have, because you do not ask God. When you ask, you do not receive, because you ask with wrong motives, that you may spend what you get on your pleasures.”

“I am the true vine and my Father is the Gardner.” John 15:1 says. God’s unique word choices always amaze me. I would say that I know a little bit about gardening. When I was younger that was one of my mom’s favorite things to do with my sister and I. What does a gardener do? They pick, pull, toil, and tear; whatever it takes in order to make the best garden possible. I believe that is why Jesus chooses to call his Father the Gardener and Himself the true vine. In order to be molded and formed into the best girl possible, we have to allow Him to be the ultimate Gardner. This can hurt sometimes because it means that we are going to have to call attention to some of our biggest insecurities, but for a greater reason. We want to become like Him and that is what we have to keep in mind.

In my life I have decided I don’t just want to be good, I want to be great. So many times we all settle for what is just good, and not extraordinary because that would require us to go outside our comfort zone. We get so sick of hearing “no” from God, but we don’t see that He is saying no to our wants because He wants to say “yes” to what is more important. What is more important is what we need. For change to come about, in John 15 it also says, “He cuts off every branch in me that bears no fruit he prunes so that it will be even more fruitful.” (v2). In order to fully flourish and be all we can be, we have to allow God to reveal our struggles. Yes, we might want to stay the way we are, but why? Because it’s easy or safe? God wants us to not just like but love who we are and where He has called us to go and who He has called us to be.

Madi Cowell is a freshman at Liberty University where she is studying psychology and Bible studies. She loves anything that has to do with trees and being outside as much as she can.