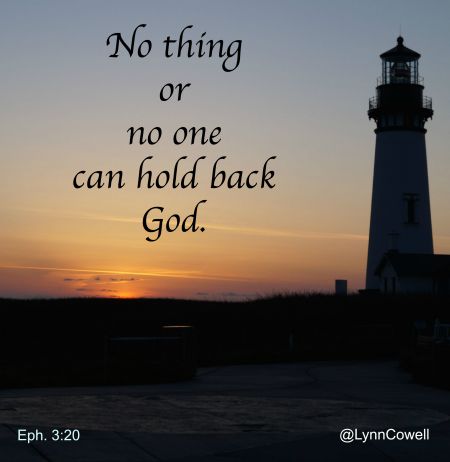 How many times have you run into this situation in your family?

If she gets the position in softball …

If she gets the part in the play …

If she is given the solo …

There won’t be enough.

When growing up, I clearly remember being told by teachers in elementary school that one day there wouldn’t be enough. Enough water. Enough food. Enough space on the earth for all of the people. Not enough was etched on my heart from little on and it terrified me.

It’s no wonder not enough invades our walk with Jesus as well.

In Genesis 13, Abram and his nephew Lot have a real problem of not enough. The Bible tells us the land could not support them both. Together their flocks and herds and tents were too much.

As I read this passage this morning, I was struck by Abram’s solution.

He could have easily said to Lot, “As the oldest, I’m going to take the best.” The Bible had already made it clear there wasn’t enough. Abram could have looked out for himself, went on his way and hoped it went well for Lot.

But that is not what Abram did. Abram opened his hand wide to Lot saying, “You go first.” Lot could have been selfish.

In fact, he was. Lot took what was best.

So what was the result for Abram? Was he stuck with the left overs? Stuck with not enough?

“The Lord said to Abram after Lot had parted from him, “Look around from where you are, to the north and south, to the east and west. All the land that you see I will give to you and your offspring forever.  I will make your offspring like the dust of the earth, so that if anyone could count the dust, then your offspring could be counted.  Go, walk through the length and breadth of the land, for I am giving it to you.” Genesis 13:14-17 (NIV)

God blessed Abram like crazy! The result was abundance. God not only met Abram’s needs; He far exceed them. There was more than enough not just for Abram and his family, but for his “offspring forever”.

Abram experienced the promise of Ephesians 3:20 before it was even written:

“Now to him who is able to do immeasurably more than all we ask or imagine, according to his power that is at work within us,”

Abram took the wise road of choosing to put another above himself; the humble road. He did not get caught up in a scarcity mentality. Instead he experienced the overflowing riches of God!

Nothing and no one can hold back the blessings of God on our lives. If God is set on bringing us His best, and He is in His timing for His glory, nothing will keep Him from doing so. Not a relative like Lot, not an employer, teacher, coach, neighbor, ministry, official … not even Satan himself. When God releases His blessings, even the gates of hell can’t hold Him back.

Today, soak in the truth of the extravagant abundance that your Father wants to shower on you! Refuse the whispers of “not enough”. Your Father has more than enough for you!

Share in the comments below where today you are saying no to a “not enough”. Let’s defeat the enemy together!