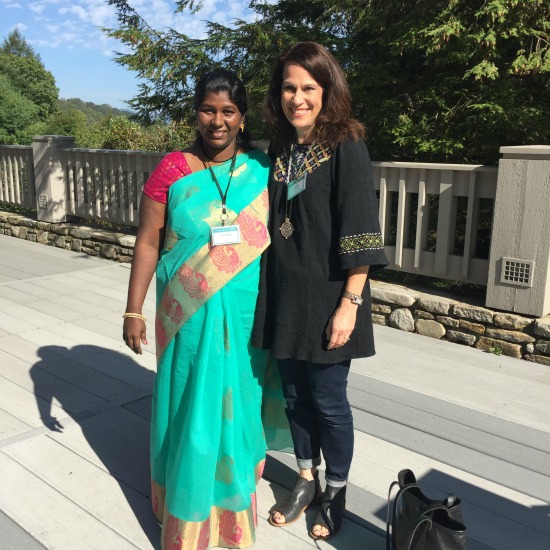 As soon as I walked in the room, I was drawn to her.

I’m sure some of it was the beautiful sari swirling around her. Yet it was more than that. I wanted to get to know her; know her story, her life.

My friends, Amy Carroll and Suzie Eller, as well as myself had traveled to the Billy Graham Training Center at the Cove to join Mission India in sharing the work God is doing there. To protect her identity I’ll call my new friend in the beautiful sari Sunitha.

As we sat waiting to share with the attendees the plight of women in India, Sunitha and I began our conversation. This was her first trip to America and she was taking it all in. She asked about my family, wanted to see pictures of them and learn as much as she could about my life as well.

Women … though so much of our lives are different, in so very many ways we are the same.

During our trip to India as a part of the Proverbs 31 Ministries International Initiative, Amy, Suzie and I had seen the hardships women endure in Sunitha’s country. Hardships that were backed up with many facts:

I had decided that morning to wear a bracelet given to me by my new friend Lee Nienhuis at She Speaks. It boldly had the word BRAVE on it’s thick, leather band.

After hearing once again of the persecution Indians are going through as they choose to leave behind the hopeless religion of their families and choose new life in Jesus, I thought They are the brave ones.

The thought occurred to me to give my bracelet to my new friend, Sunitha.

You know how it is when you are going to step out and do something that is uncomfortable?

Lord, why would she wear leather when her jewelry is gold? It doesn’t even match her outfit spun in my mind. I tried to find reasons to not do the uncomfortable.

And then I found myself in a small space … just Sunitha and I. (Ok – I’ll go ahead and tell you it was the bathroom!) I knew, God was giving me the opportunity to encourage this woman in the work He had given her to do in India.

Removing my bracelet, I handed it to her and told her, “You are the one who needs to be brave.” She graciously accepted my gift and then being a mom just like an American mother, she asked me to pray most of all for her children. They are the ones who get the brunt when we step out for God. I can certainly attest to that!

That gesture opened doors for a whole lot of fun the rest of the day! After seeing on her face the pain of trying new foods, Sunita and I headed to Asheville in search of an Indian lunch. Later that night … well this happened and we sure had a good time! 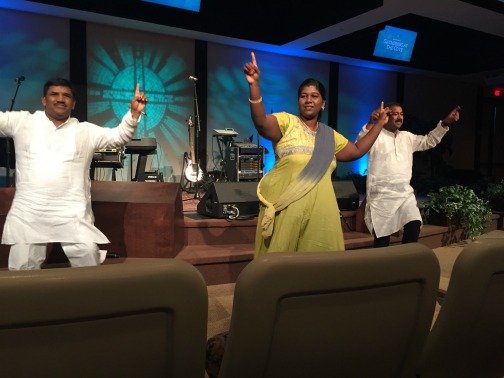 Amy, Suzie and I actually join them! You can watch the video on my Facebook page by clicking here.

Mission India, for just $30, teaches a woman in India:

Would you partner with us to bring Truth to the people of India?

Click here to see a class in action & be a part of change! 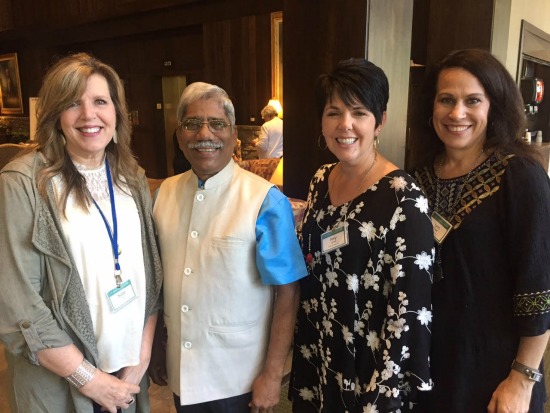 This is Dr. C. He and his wife Dr. K have been a huge part of bringing change to the lives of Indian women for 40 years! His wife writes the curriculum for the literacy programs. So thankful to do this work alongside my dear friends Suzie Eller and Amy Carroll.