I’m so excited to have a guest post today by my friend and fellow girl-investor, Teri Lynne Underwood. 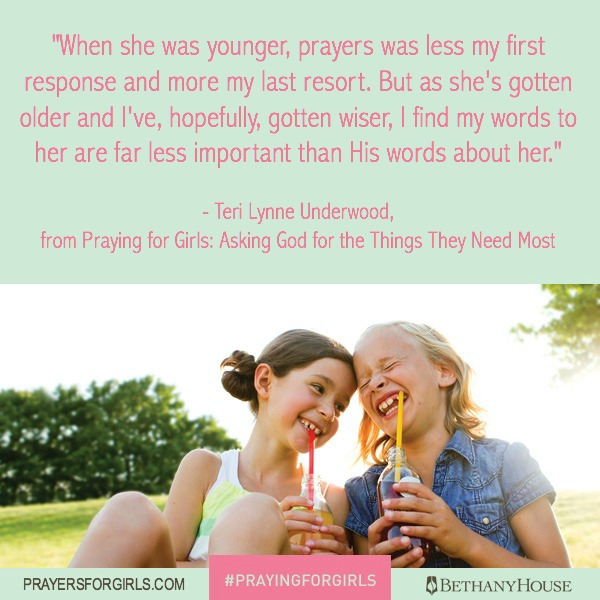 Can I tell you something very embarrassing?

It’s not a solid parenting strategy. And I wish it wasn’t my default. After seventeen-plus years, I think I’m a little better about it than I used to be. But I’m pretty sure my girl would say I’m still prone to lecturing.

When my daughter Casiday was thirteen, we had what I refer to as “The. Worst. Summer. Ever.” I felt as if I’d spent the entire summer lecturing her on things she should already have known and done. I’m sure if you were to ask her, she’d say she felt like I spent the whole summer nagging and lecturing.  By the time she went back to school that August, I was pretty sure I had Most Terrible Mom status secured for all time.

There aren’t many seasons in parenting I wish I could do over. But those three months in 2013, I’d love the opportunity to try them again.

I’ve learned an important truth since that summer—

God’s words about my daughter matter far more than my words to her.

A couple of years after that terrible summer, my daughter walked through a very difficult season in her life. I’ll be honest here, I wanted to tell her exactly what to do and how to respond. But I didn’t. Why?

She didn’t need to know what I would do or say, she needed to know what God’s Word said about her. When our children know who God says they are, it is far more powerful in their lives than anything we can say to or about them.

Isaiah 43:1-4 became the foundation of my prayers for her that summer.  If you haven’t read those verses lately, I urge you to look them up now.  (I’ll wait right here while you read them.)

Good stuff, right? Imagine if our girls (and their moms too) grasped the truths about themselves found in these verses?

What if our girls believed and held fast to what God says?

Those are game-changers, right?

Let’s be moms who point our daughters to biblical truth, who pray for them to walk in their identity in Christ. And let’s remember always that His words about them are always far more important than our words to them.
{Praying Scripture for and with our girls is the core message of my new book, Praying for Girls: Asking God for the Things They Need Most.} 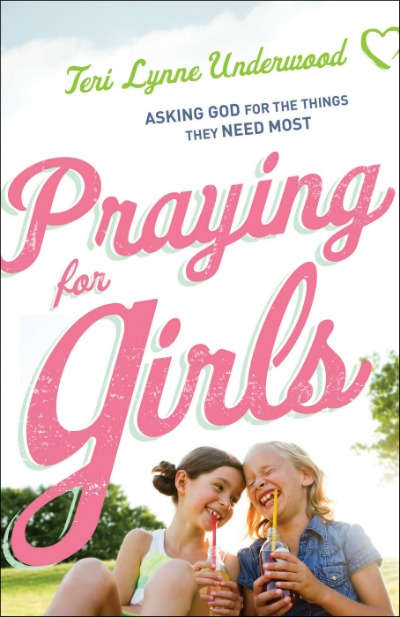 When she was younger, prayer was less my first response and more my last resort. But as she’s gotten older and I’ve, hopefully, gotten wiser, I find my words to her are far less important than His words about her. (Praying for Girls, page 13) 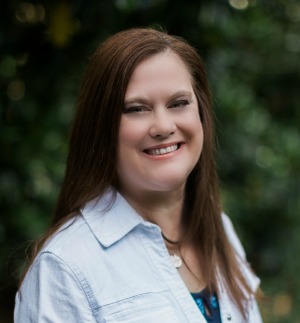 Teri Lynne Underwood is a pastor’s wife, ministry speaker, and Bible teacher. As the founder of www.PrayersforGirls.com and mother of a 17-year-old daughter,  Teri Lynne is a cheerleader for girl moms and the author of Praying for Girls: Asking God for the Things They Need Most.