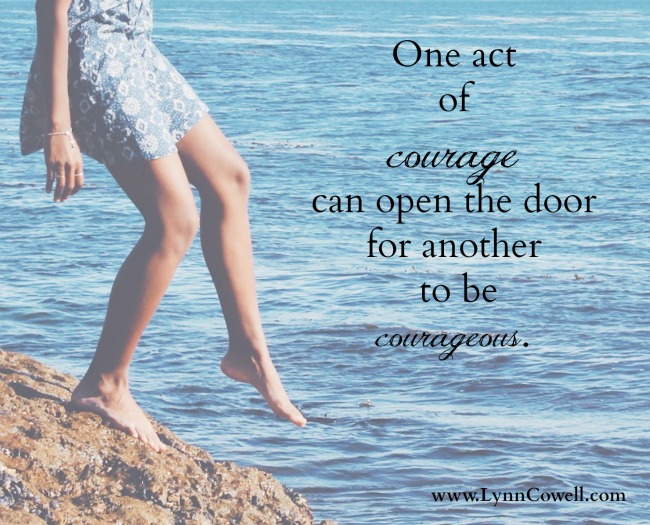 What power truth my daughter Mariah pointed out to me as I was sharing with her Wednesday’s Wisdom Tip:A Chain of Courage.

If the midwives in Exodus 1 were not courageous by defying Pharaoh’s edict, Moses’ mother, Jochebed, would not have had the opportunity to hide her new born boy, Moses, in the Nile. Her Hebrew boy would have been dead.

If Jochebed had not courageously hid Moses, Miriam would not have been bold enough to speak to Pharaoh’s daughter. There would have been no need.

Harriet Tubman, (or “Moses”, as she was called), lead approximately seventy slaves out to freedom during the Civil War and became the first woman to lead an armed expedition in the war. Her name was feared by slave owners because of her courageous acts.

Women, like Harriet Tubman, who were a part of the abolition movement sparked the suffrage movement for women’s right to vote and own property.

My youngest daughter, Madi, has a heart to help women reach past their insecurities and difficulties to reach their fullest potential.

I’ve been challenged this week by my friend, Suzie Eller, to ask God the question: Is there something you want me to do? I know there is. I’m knocking on doors; seeing which one will open.

Let’s be brave together, friends. God has more for us in 2016; to give in order to see others participate in His glory. Keep the chain of courage going on and on and on until Jesus says to each and every one of us, “Well done, good and faithful servant.”

Lynn
Previous Post: « {Wednesday Wisdom Tip} A Courage Chain
Next Post: Getting the Confidence You Wish You Had »