With his phone to his ear, my husband whispered to me, “Madi has been in an accident.”

Our youngest daughter had a bumper bump when she had begun driving a different car. I assumed this was the same.

I was so wrong. Soon enough I discovered my husband was talking with an emergency medical technician on the scene of the accident.

Several hours earlier, our daughter began a road trip to see a dear friend. Going to college four hours from home, plus many little get aways in between, she has driven hundreds of hours of highway miles. With so much experience, saying good-bye no longer made my heart thump.

As Greg continued to talk to the emergency worker, I wondered, What should I do next? as I stared at supper simmering on the stove. By now Madi was over three hours from home. My head told me to move into gear: put the food in the frig, pack a bag and get going as fast as we could.

As I packed, although I had still not talked to my girl, a myriad of pictures began to arrive via text. 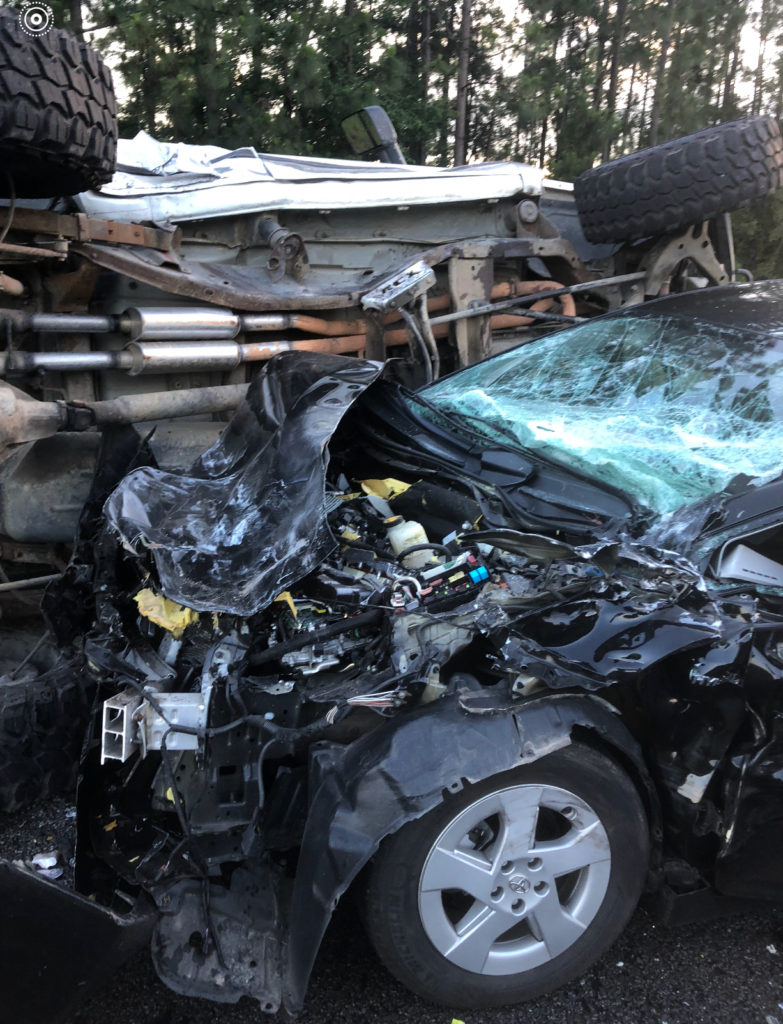 The worker was sending pictures of my daughter’s Pruis, which was unrecognizable. He had told Greg Madi was ok, but she still was not calling me.

I had to hear her; had to see her.

Reaching the hospital several hours later, we arrived just as Madi was being released. Our daughter was and is completely whole! 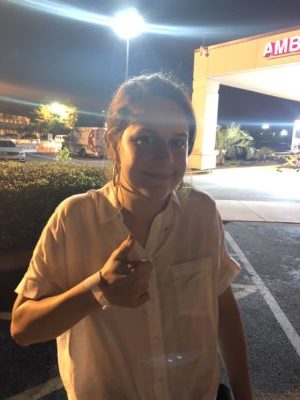 I have no doubt that God had His hand of protection all around my daughter as her tiny car slammed head on into the side of a Suburban, which was attempting to make a u-turn in the middle of an interstate.

We saw His protection so very clearly when we went to see her car the next day. 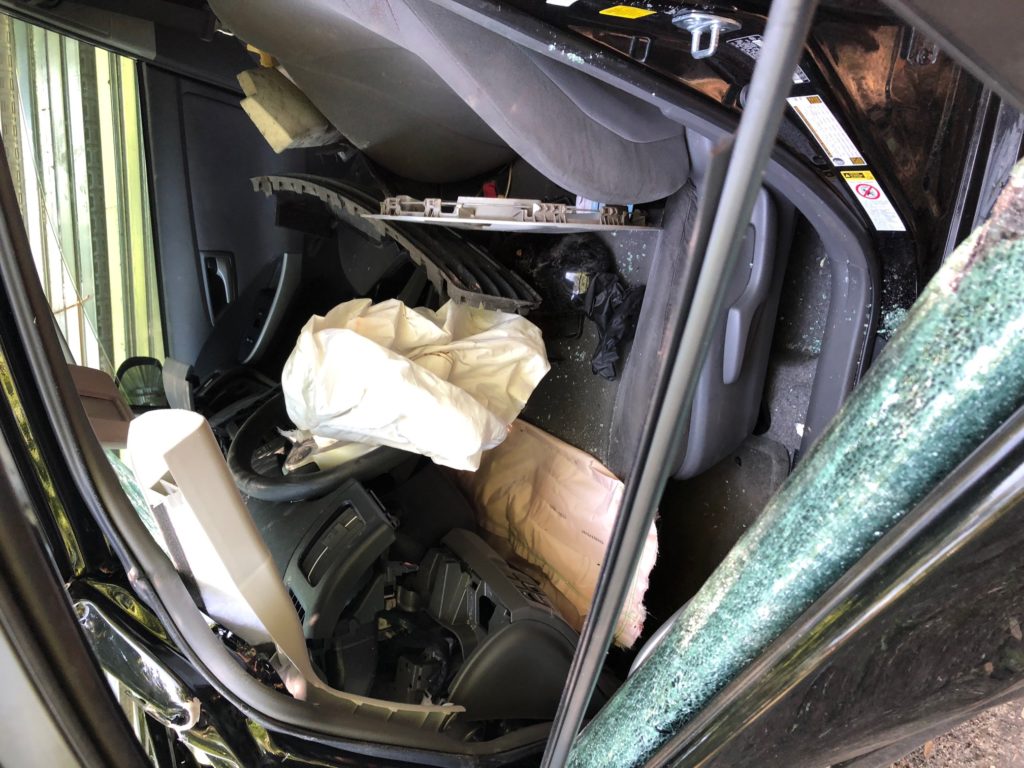 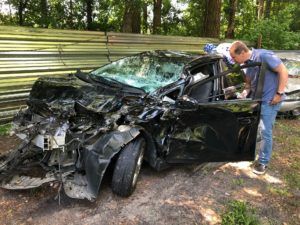 I’m choosing to share this story of God and His goodness today because Madi is on the road again, traveling several hours away to visit her sister. And with God’s help, strength and trust, we won’t be afraid. God is with her!

I know not everyone’s story is the same as our’s. I don’t understand why bad things happen to good people. I do know that I am grateful and want to shout His praises for helping our family! 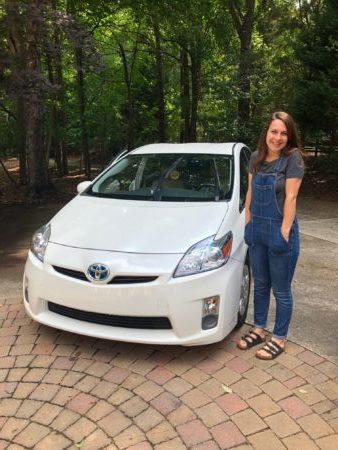 Thank you, Lord, for Your kindness and goodness to our family! (And thank you. Toyota, for making such a safe car!)